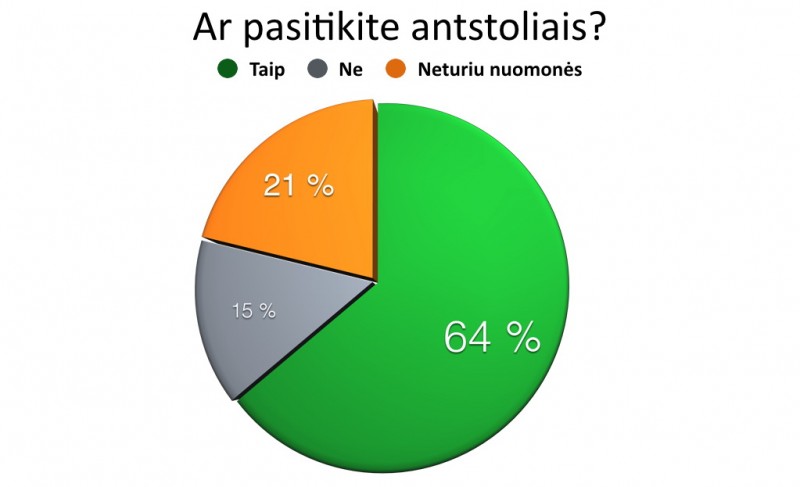 This was found when market research company Prime consulting carried out representative questionnaire in November.

During the study 1007 Lithuanian residents in the major cities, centres of regions and villages were questioned. The age of questioned persons varies from 18 to 61 and more. The study was carried out at the request of the Chamber of Judicial Officers of Lithuania.