Bulgarian Parliament on technological progress of Lithuanian judicial officers: “It is a dream” 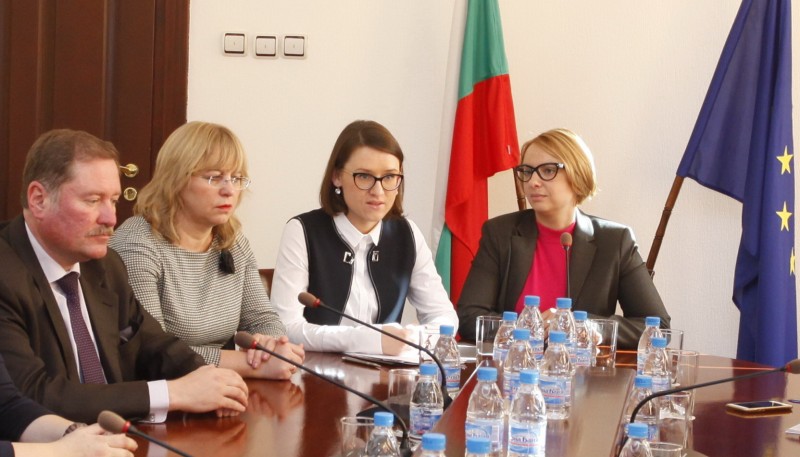 On 16‒19 November in Sofia, the capital city of Bulgaria, the Parliament members, Government members and lawyers of Bulgaria were presented with the experience of judicial officers of Lithuania, Latvia and Estonia in providing legal services and transferring the system of enforcement of decisions online.

The Bulgarian organization of private judicial officers carries its operations for eleven years, however in contrast to the Baltic States, here judicial officers only perform functions of enforcement nature and do not provide any legal services. Transfer of enforcement of decision online in Bulgaria is only a perspective. All documents of recovery proceedings are paper documents and auctions of debtors’ assets are carried out at courts.

“It is a dream”, the Head of Law Committee of the Bulgarian Parliament Danail Kirilov described the electronic procedures of enforcement of decisions installed in Lithuania.

During the meeting the representative of the Chamber of Judicial Officers of Lithuania introduced the members of the Bulgarian Parliament with the changes that occurred after the system of electronic auctions and the Information System of Cash-Flow Restrictions (PLAIS) were installed.

As stressed by Indrė Matuolytė the principle advantages of electronic auctions are sales of debtors’ assets that increased by 2 to 3 times and the maximum guarantees of transparency. A higher number of participants in auctions is expected after the amendments of the Code of Civil Procedure initiated by the Chamber of Judicial Officers of Lithuania will enter into force that will allow pledging the auctioned assets and acquiring them for a bank loan.

Another electronic system PLAIS ensures proportionate distribution of recovered funds to all debt collectors. This system is unprecedented in other States.