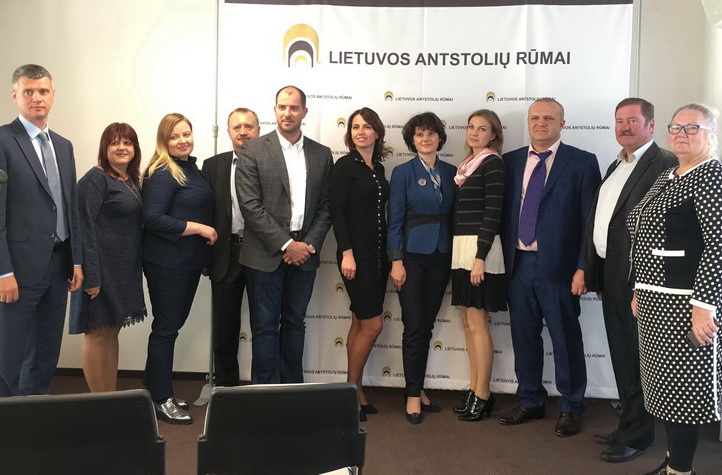 During the visit in Vilnius representatives of Ukrainian state institutions and private judicial officers concern the experience of the Chamber of Judicial Officers of Lithuania in the formation of bailiffs' professional self-government institutions and in improving enforcement procedures.

We were helped by the fact that in 2003 Lithuania had a political will to focus on progressive western execution of decisions. According to the clear priorities, today we have one of the most modern system in Europe, integrated with state institutions, official registers, banks. The creditors recover actually about one third or more debts”, - spoke the chair of the presidium of the Chamber of Judicial Officers Inga Karalienė.

According to Konstantin Silkin, the first deputy director of the State Judicial Service Department of the Ministry of Justice of the Ukraine, turning his country into a path of transformation forces a very poor efficiency of execution of decisions. Working in the state system 480 Ukrainian judicial officers recover only about 3-5 percent of the debts, while 48% all recovery processes are completed by finding out the complete insolvency of debtors.

As Ukraine is a big country and it is more difficult to implement radical reforms in it, in 2016 the Ukrainian parliament decided to create a mixed system of execution of decisions. Currently, several private judicial officers are already operating in Ukraine. About 60 lawyers, mostly working as judicial officers, have passed the qualification examination and may start private activities in the near future. Representatives of Ukraine also were interested in the cooperation of Lithuanian judicial officers with the courts, asked whether society entrusts the judicial officers.