Judicial Officer: Between Traditions and Modernity 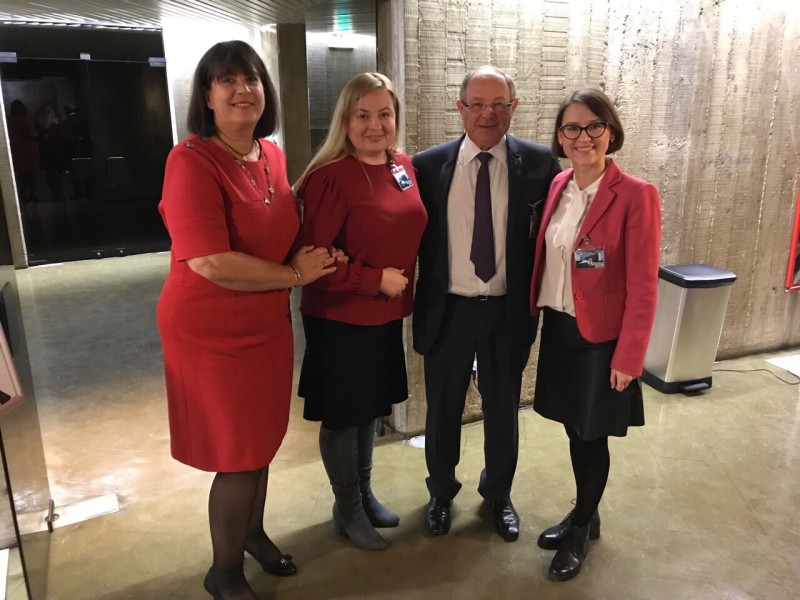 Challenges of today's Judicial officer’s profession were one of the topics of the annual Permanent Council Meeting of International Union of Judicial Officers (UIHJ) in Paris November 23rd-25th. Director of the Chamber of Judicial Officers of Lithuania Dovilė Satkauskienė reviewed the situation in Lithuania.

She highlighted three factors. Firstly, in Lithuania a profession of a private Judicial officer is relatively new, but modern. Secondly, the point of view of the society is limited after all: aJudicial officer is just a debt collector. Third, electronic technologies are obligatory in the work of a Judicial officer, if we want to keep up with the needs of clients that are becoming more and more modern, as well as with the digital society.

Profession is modern, point of view is old-fashioned

The profession of a contemporary Judicial officer is dynamic and universal. However, the point of view of the society and even of other lawyers towards the work of a Judicial officer is changing slowly. Judicial officers are often put in a Procrustean bed: many still consider them as specialists of a narrow field, whose work is to literally implement the decisions of courts.

A modern Judicial officer may offer to participants of processes and help them to implement various solutions. Pre-trial debt recovery. Enforced debt recovery. Mediation between the parties to the process. Finally, bankruptcy administration, if previous measures have no effect.

However, in order to use the potential of the profession of a Judicial officer, we need to counter the old stereotypes. Recently, during a discussion that took place at the Parliament we heard the doubts of a representative of Lithuanian banks whether it is possible to grant the acknowledgment of obvious small debts to Judicial officers. This is justice and justice shall be implemented by courts! We had to explain to this and other sceptics that Judicial officers are no longer little wheels in the legal system. Judicial officers took on and successfully implement many formal functions of the courts including the initial hearing of a claim regarding the procedural actions of a Judicial officer and the submission of international documents.

Modern technologies are the road to improvement

Today, it would be difficult to imagine the process of implementation of decisions and a Judicial officer without information technologies. Procedures are not walking into the electronic space, they jumping into it:

Activity of Judicial officers hardly crosses the borders of States

Borders of States are still limiting unique possibilities of Judicial officers. A Lithuanian Judicial officer has many measures within a country. However, they have no measures that would help to reach the funds and assets of a debtor in other States of the European Union. Modern world is mobile, debts are also migrating. Therefore, today we lack an instrument for an international seizure of funds. Maybe we should start from our closest neighbours: Latvia, Estonia, Poland, Czech Republic and later on to develop our possibilities to seize the funds in all States of the European Union.

Due to this reason, such projects as ENABLE should become the priority of both UEHJ and UIHJ. Our goal is to create and develop international platforms of data exchange that would increase the possibilities of Judicial officers to operate in the international area.

All organisations of Judicial officers are members of a one large family of Judicial officers. The family shares its common assets. In the modern world, information in the biggest asset. The more active and creative we are in sharing it, the richer we will be.