Improving of the Judicial Officer\'s qualification – the constant process 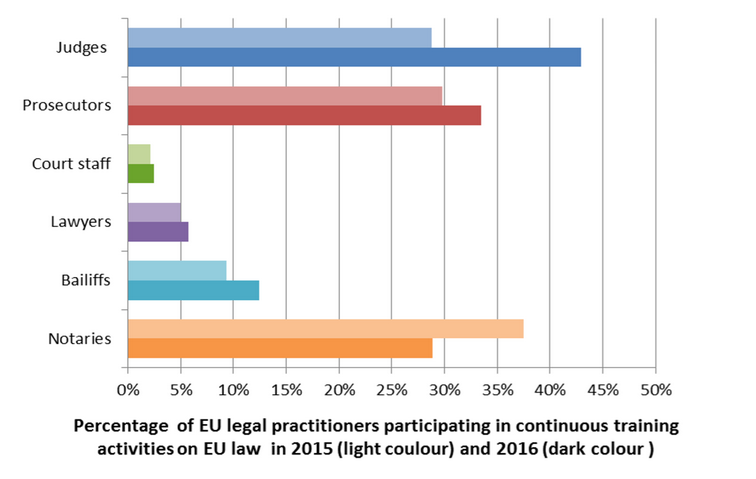 The report shows a steady increase in the numbers of legal practitioners trained in EU law and the law of other Member States at EU level – more than 140,000. With such a trend, the objective of the Commission Communication "Building trust in EU-wide justice. A new dimension to European judicial training" of ensuring that half of all legal practitioners in the EU (around 700,000) will be reached as from next year, two years ahead the targeted date.

Efforts should be maintained to complete the differences in training participation among Member states and among different legal professions.

Action at EU level can only complement action that is and should be mainly carried out at national level. Training of legal practitioners requires the active support of all stakeholders.