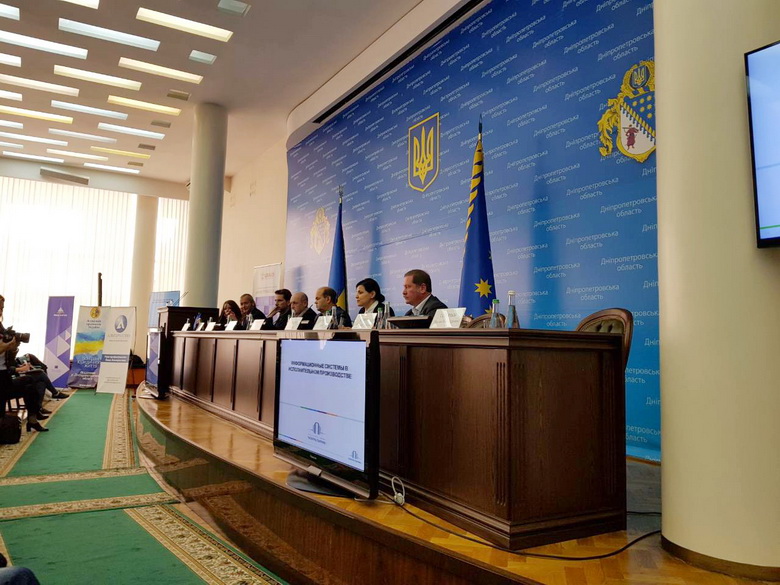 Active self-governance of judicial officers, positive image of the profession and a good technical base. These three “giants” help to consistently optimize the performance of private judicial officers. This was emphasized by Judicial Officer Valdas Čeglikas who introduced the experience of Lithuanian judicial officers to participants of the international conference in the Dnipropetrovsk city of Ukraine on 5 October.

According to Judicial Officer Valdas Čeglikas, after the institutional reform of judicial officers implemented in Lithuania the quality of debt recovery improved by five times, which proves that the priorities of optimizing judicial officers’ activities have been rightly chosen. Active and strong self-governance of judicial officers helps to solve problems of legal regulation that arise in practice. The presentation of judicial officers as qualified financial problem-solving specialist to the society is a way to encourage participants in the proceedings to cooperate with judicial offices, and the customer service standard implemented by them – the tool for achieving the highest culture of service. Thanks to modern information technologies, judicial officers carry out more than half of the enforcement procedures in the virtual space and can quickly obtain data from official state registers and other institutions. The conference “Modern recovery process after the implementation of the enforcement system reform and under the influence of mixed legal institutes” was attended by representatives of self-governance organizations of judicial officers, courts, other state authorities and educational institutions from Ukraine, France, Moldovia and Lithuania, as well as representatives of the United States Agency for International Development (USAID) and EU-funded Project “PRAVO-Justice” for Ukraine.