I. Karaliene: Advancement of Excellence and Technology – Engine for Improving the Performance of Judicial Officers 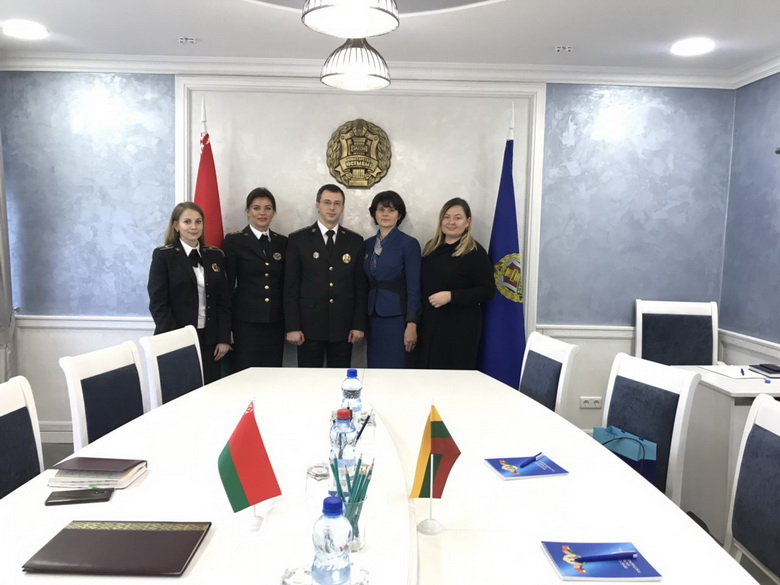 The international conference in Belarusian capital Minsk was held on November 14th where participants were presented with the advantages of Lithuanian decision-making system, based on high competence of private judicial officers and rapid implementation of information technologies.

The Chamber of Judicial Officers of Lithuania was represented by the chairwoman of the Presidium, judicial officer Inga Karaliene and the director Dovile Satkauskiene.

Compared to the previous system of court judicial officers, the share of debts that are really repaid in Lithuania due to operations of private judicial officers has increased 5 times and the number of completed recovery processes is almost 3 times bigger annually. Effective debt recovery has put Lithuania into the forth place of the World Bank's Doing Business rating scale in terms of ensuring property claims. In 2018, Lithuania ranks ahead of such advanced countries as Austria or Norway.

I. Karaliene emphasized that in order to further progress in debt-recovering processes the decision-making system must attract as many highly qualified specialists as possible. The use of mediation and a compromise approach are of prime importance: it is a substantial opportunity to resolve a large part of disputes by avoiding compulsory recovery measures.

Achievements of Lithuanian judicial officers to the participants of the conference were as well presented in the information video film “Judicial Officers in Lithuania: revival of the profession.” The International Conference on “Developing a System for Forced Execution of Judgments” was held in commemoration of the 5th anniversary of the reform of the Belarusian forced execution system. The unified recovery system that was formed at the end of 2013 started to operate in Belarus from January 1st, 2014. This system was composed of the relevant structural units of Belarusian Ministry of Justice, Supreme Economic Court and departments of justice of regional executive committees, including former enforcement judges and enforcement agencies of courts.

According to the head of Central Department on Enforcement of the Ministry of Justice of the Republic of Belarus and the chief judicial officer Dmitry Kovalenko, after reforming the system more functions were entrusted to the court executives. They now have the right to independently publish a debtor's search, prohibit transactions, prohibit opening new accounts, if other debtors' accounts have already been arrested. D. Kovalenko emphasized that the broader competence of court executors, along with the introduction of modern technologies that allow automated preparation of documents and centralized access to information from banks, the efficiency of the implementation of decisions was increased by almost 28%.

As Marc Schmitz, the President of the International Judicial Officers' and Court Officers' Organization has emphasized, despite the adoption of information technology, Institute of Judicial Officers is and will be a key element in ensuring the legality in debt recovery. “Algorithms must be combined with professionalism. Only a professional, not an artificial intelligence, can tailor the best individual tools to each case, based on human perception and insights”, - Schmitz said.