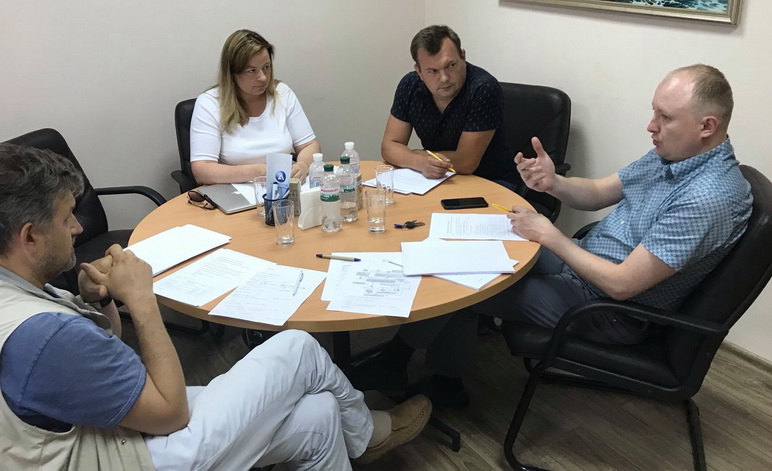 How to ensure the success of the Ukrainian private judicial officers' self-governing structures and how to effectively implement the National Private Judicial Officers Association strategy. Answers to these questions were made on June 25th meeting of representatives of Ukrainian private judicial officers association and international experts in Dnipro. It was organized in the framework of the European Union “Pravo-Justice” project, which aims to support legal and justice reforms in Ukraine.

“As the practice in other European countries has proved, the privatization of the enforcement service is the only way to effectively address the eternal problems of debt recovery in Ukraine,”– said Dovydas Vitkauskas, Team Leader of the EU Project “Pravo-Justice”.

The experience of self-government bailiffs of the Republic of Lithuania with Vice President of the Association of Private Judicial Officers of Ukraine Alexander Sivokozov, members of the disciplinary commission of judicial officers, representative of the secretariat of this association Dmitry Kolesnik and working lawyers shared the director of the Lithuanian Chamber of Judicial Officers Dovilė Satkauskienė.

The role of the Lithuanian Chamber of Judicial Officers in ensuring the self-regulation of judicial officers as a state-controlled profession was emphasized in 2008 January 7 Constitutional Court ruling and recognized by all official institutions. The Chamber of Judicial Officers of Lithuania ensures not only judicial officers' internal and international representation, but also the organization of judicial officers' qualification development, unification standards of professional ethics and control of compliance with them.

The meeting discussed ways to improve the organization's internal communication. One of them is a centralized information system, which should ensure the management of enforcement procedures, prompt exchange of information required by judicial officers, monitoring of the tasks entrusted to the members of the association and the secretariat, and access to the decisions of the judicial officers' self-governing bodies.

According to A. Sivakozov, Vice President of the Ukrainian Association of Judicial Officers, the comments made by international experts during the meeting will help to implement the technical tasks of creating a new system and an online portal more successfully. The system is expected to be operational at the end of this year.