Even though judicial officers are continuing their work, around 4.3 million euros of debts will not be paid to creditors in April 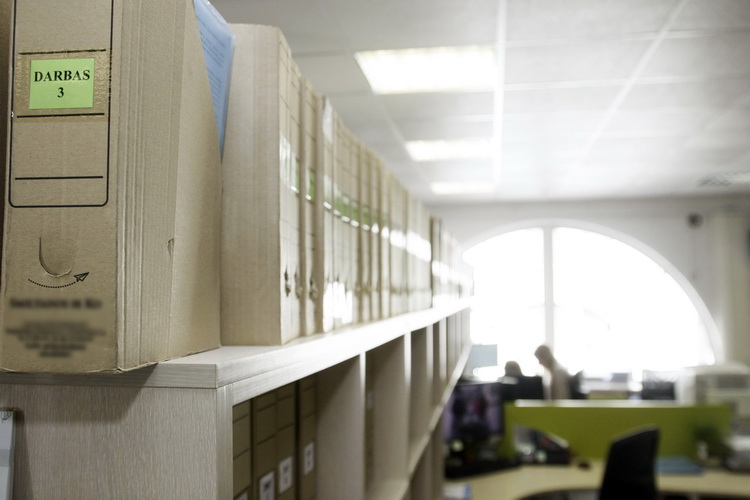 During the past five weeks of quarantine, the possibilities of actual debt recovery in Lithuania have decreased by half. Judging by the statistics of judicial officers, approximately 4.3 million euros of debts will not be paid to creditors in April, i.e. the amount of returned debts will be 4.3 million euros less than the usual amount repaid within a month prior to the declaration of an emergency. In March, the amount of actually recovered debts decreased by about 15 percent which is approximately 645 thousand euros.

According to the predictions of judicial officers, debt recovery results will be even worse in May and during the summer months if enforcement of recovery of part of the debts to the state will not be commenced and the income of debtors will continue to decrease. It will take some time to restore the efficiency of debt recovery as well as the country’s economy to their former level.

According to Rima Adomaitienė, a judicial officer operating in Radviliškis, enforcement cases initiated on the basis of new orders are the driving force of the entire debt recovery system. Because the chances of recovering new debts are the highest, it is the working capital collected during these processes that helps judicial officers' offices to survive and cover the costs of loss-making processes (for example – support or alimony recovery cases).

The office of judicial officers Rima Adomaitienė and Doloresa Petronaitienė situated in a small town of Lithuania is one of eight Lithuanian judicial officers' offices where part of the employees are placed on leave of absence. R. Adomaitienė states that these employees are inactive not because they are unable or do not want to work, but because there is simply not enough work for everyone. Part of employees of some judicial officers' offices operating in Vilnius, Klaipėda, Šiauliai and Marijampolė were also placed on leave of absence.

Balancing income and expenses is not easy for many judicial officers at this time, since it is necessary to pay out salaries to employees, as well as pay fees for the use of registers, postal and utility services, and pay rent of premises.

Our premises are half-empty, while fees are high. The situation is very tense, but we are not laying off any employees at the moment. We have placed several employees on partial leave of absence, and several on full leave of absence,- says Brigita Palavinskienė, a judicial officer working in Vilnius.

Judicial officers acknowledge the fact that such a situation where there are almost no new orders of debt recovery in favour of the state, and where natural persons and legal entities seek aid less often, perhaps waiting for a better time to pay off debts, cannot continue indefinitely. The fines imposed by officers (including penalties for quarantine violations) and any other debts will not disappear.

On the other hand, the duties of judicial officers as persons who are performing the functions entrusted by the State also did not disappear during the quarantine. Even with declining revenues, it is still necessary to perform a number of actions: apply and lift seizures of funds and property, determine and change the sizes of freely available amounts so that the owners of frozen accounts would have sufficient funds to meet their basic needs, periodically check the financial situation of debtors, consult customers by phone, etc. Judicial officers are unable to completely shut down their offices and suspend their activities, as many private limited liability companies do. Therefore, efforts are being made to retain the existing employees which are not trained by any kind of specialised school, but instead are typically "raised" and trained in these judicial officers' offices. However, the possibility cannot be ruled out that this complex situation may yield different solutions.

According to the judicial officers, now is the time for reflection. This difficult time and the need to economise should encourage both judicial officers and official authorities to look into untapped opportunities. For example, recovery of debts to the State from debtors located in foreign countries – Norway, Denmark, Sweden, the Netherlands, etc. A more active cooperation between judicial officers and public authorities, as well as providing judicial officers with information received from abroad would help ensure that the recovery of debts to the State from persons who are living abroad would supplement the state budget faster. It is also time to take a more principled approach to the actions of indebted companies: if a company does not pay its debts and no longer engages in any activities for 2-3 years, it should be declared bankrupt. It is no secret that most indebted companies deliberately delay the payment of debts in order to calmly cash out their money and launch new activities.

One actual instrument that will enable to save resources in the debt recovery process will commence on the 1st of July of this year. Amendments to the Code of Civil Procedure initiated by the Chamber of Judicial Officers of Lithuania will enable judicial officers to submit procedural documents to enforcement process participants via electronic means of communication, instead of delivering them in person or via registered mail, as it has been done so far. A more flexible procedure of informing process participants will help save time and money for both the participants and the judicial officers.