The UIHJ is a Non-Governmental International Organisation created in 1952. It includes today 96 members or organisations associated with cooperation agreement regrouping at World level the organisations representing the profession of judicial officers or other comparable professions. The Lithuanian organization of judicial officers became a full-fledged member of the Internastional Union of Judicial Officers in 2001.

An international association established on 14 July 2016 in Brussels.

During the Constitutive General Assembly of the UEHJ which was held in Paris on 23 November 2016, Dovilė Satkauskienė,  the Director of The Chamber of Judicial Officers of Lithuania was elected as Secretary General of the UEHJ Executive Committee. 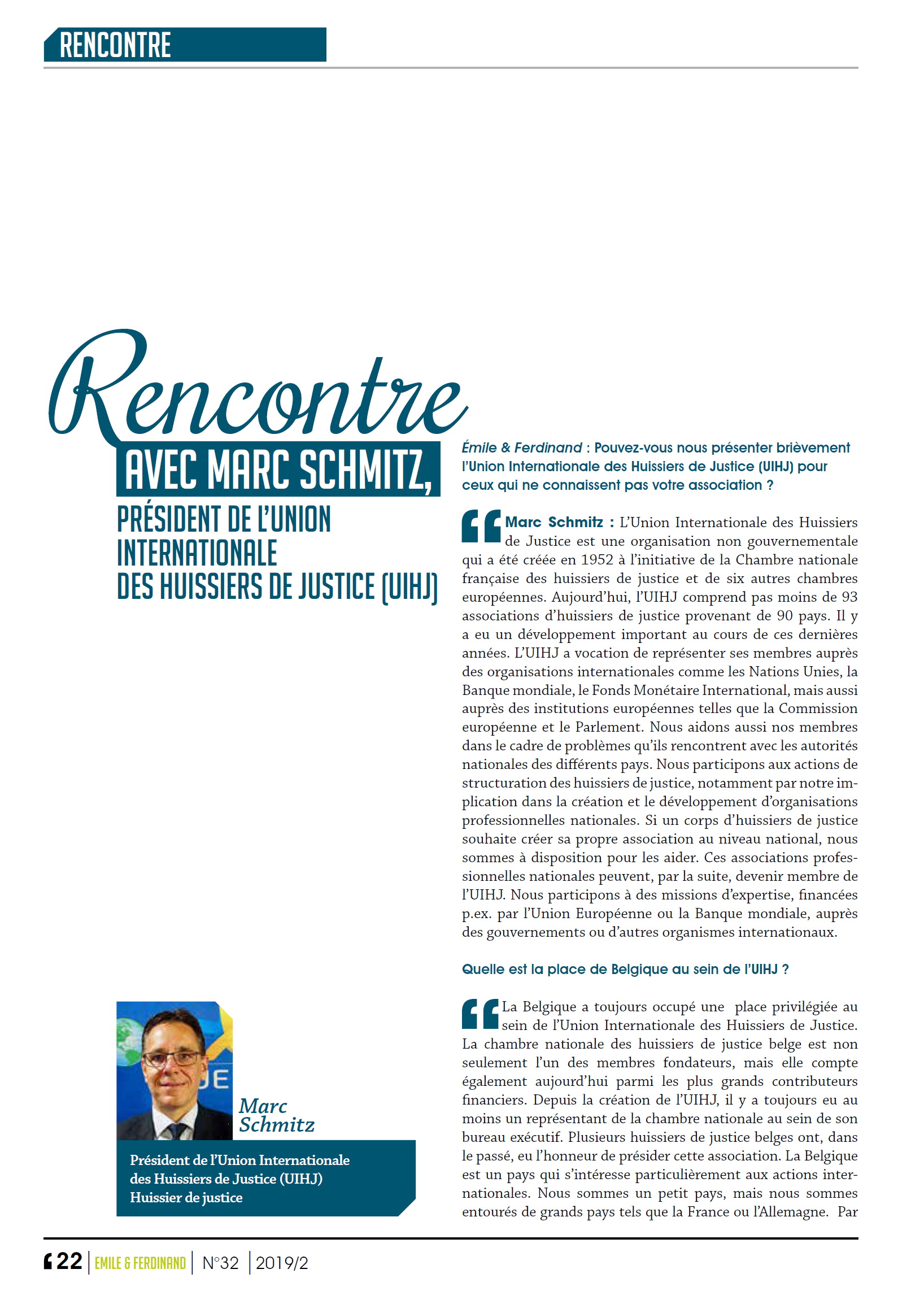 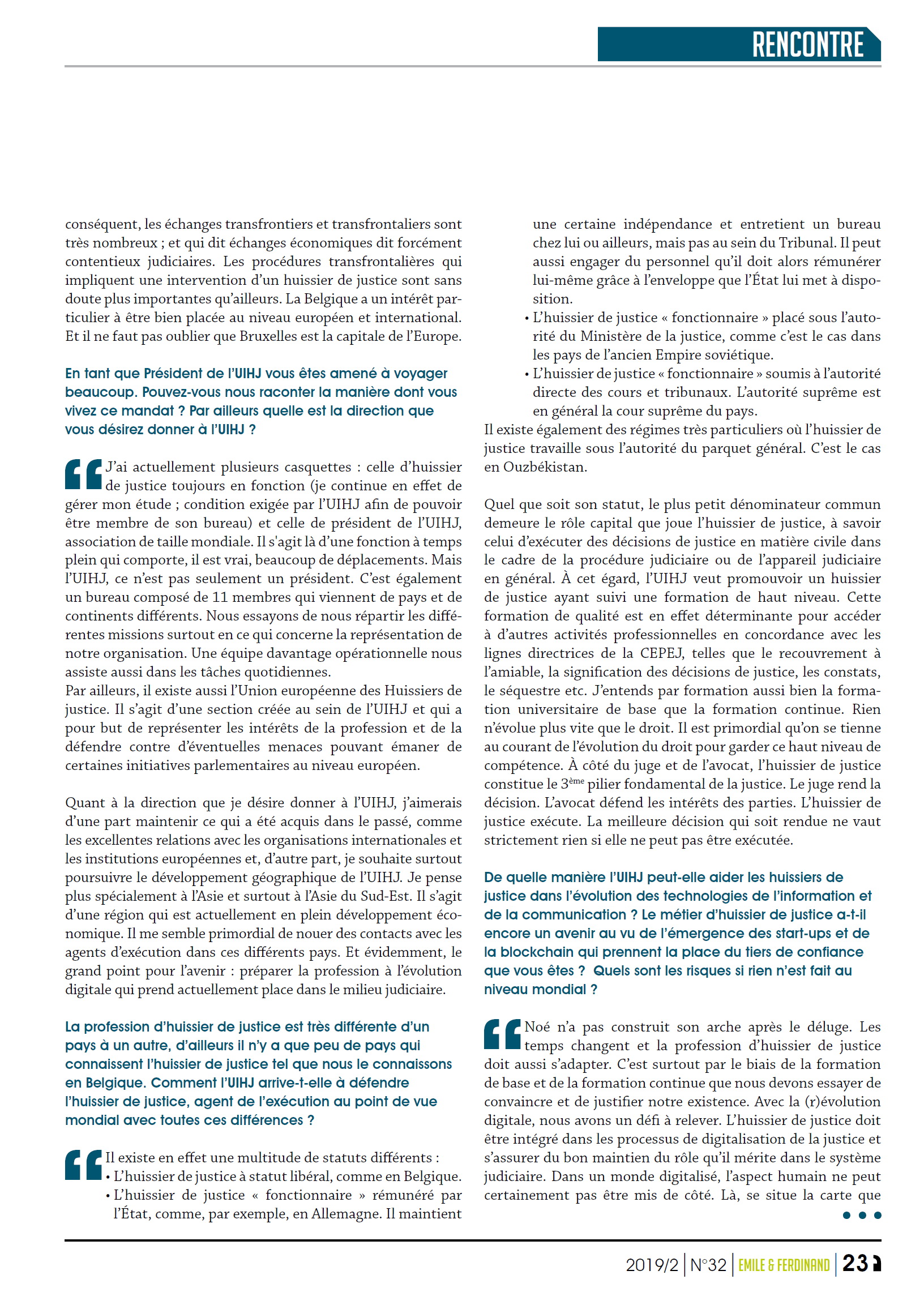