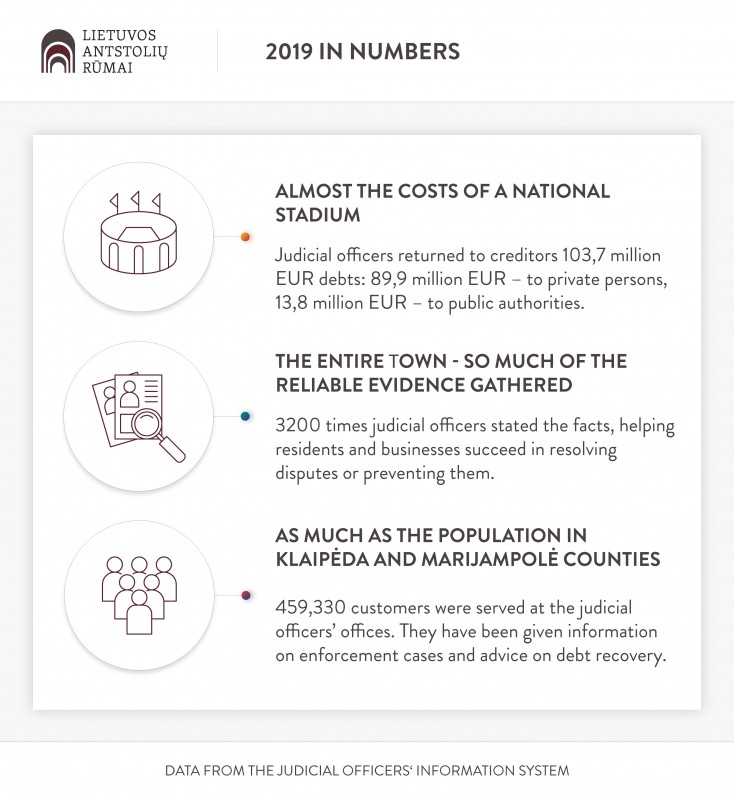 At that time, the number of new applications for enforcement of a debt continued to decline. According to the Judicial Officers‘ Information system, 2019 creditors submitted 219.8 thousand new requests to judicial officers. That is 21.6 thousand, or 9 percent fewer new requirements than in 2018.

According to Inga Karalienė, the chairwoman of the Presidium of the Chamber of Judicial Officers of Lithuania, the growing volume of repayable debts in recent years and decreasing volume of new claims confirm that settlement discipline is improving.

The need to use compulsory measures to recover the smallest debts has been decreasing for four years. New claims for debt collection of up to 60 euros submitted to judicial officers last year by 60.3 thousand, or 11 percent less than in 2018. If in 2016 this category of debt accounted for 33 percent of all new requirements, there was only 27 percent such requests last year. 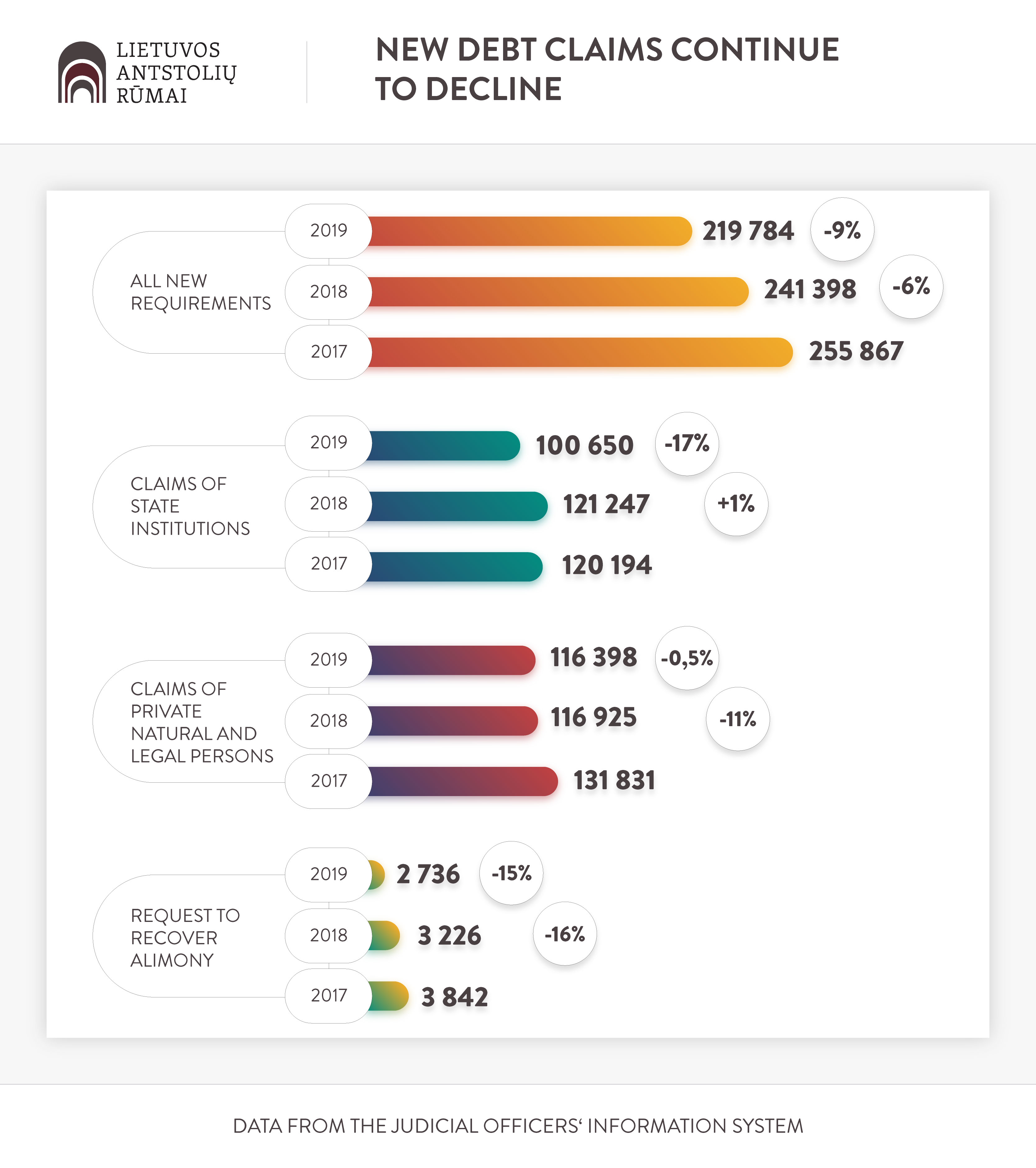 Statistical average of judicial officers recoveries per process compared to 2018 data for 2019 increased by 44 percent: from 259 euro up to 460 euro. This indicator confirms that complex forced recovery procedures only used when they really needed - when creditors fail to recover solid debts by inviting borrowers to settle in good faith.

The motivation not to delay the payment of debts is increasing by recent changes in legal acts, recalls Ms Karalienė.

Pursuant to the Instruction on Enforcement of Decisions, which entered into force in August 2019, those who pay during the first semester of the debt recovery year save: they no longer have to pay additional enforcement fees. In addition, since 2020 July 1 the Code of Civil Procedure will provide a more flexible, less costly and more convenient information procedure for the parties to the proceedings. The judicial officers's procedural documents will not only be served on the signatories or sent by registered mail, but may also be sent by electronic means.

The need for compulsory measures in the area of ​​maintenance recovery is steadily declining. In 2019 judicial officers received 2.7 thousand new maintenance claims, or 15 percent less than in 2018.

Auctions are also becoming a rarity. In 2019 1380 auctions took place during which the property was sold. That is 13 percent less than in 2018. Last year only one of about 1,300 debts repaid by realizing assets in auction. In all other cases, the debts covered by the debtors’ income or other funds.