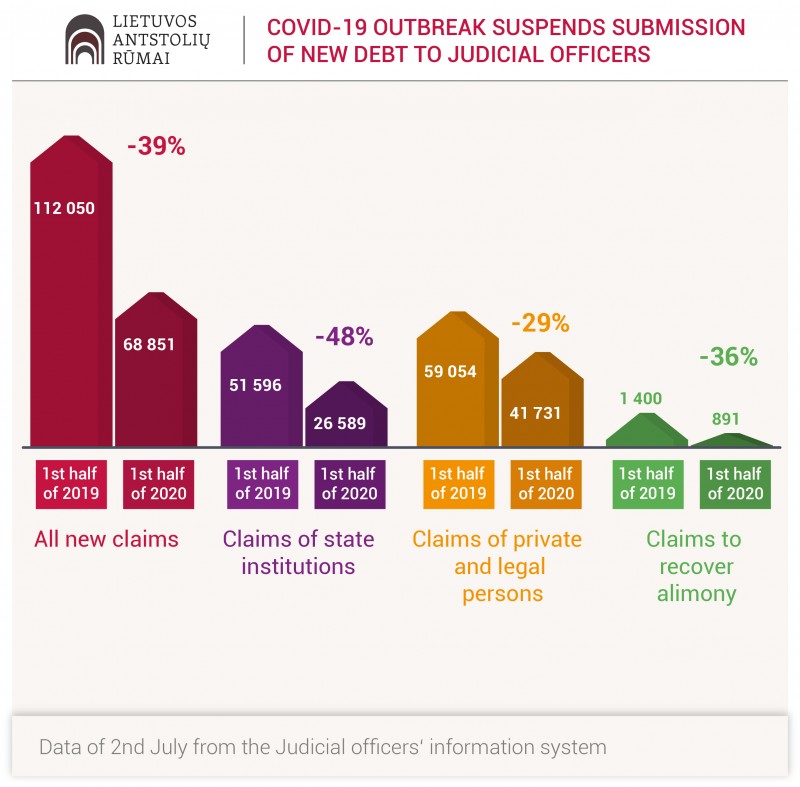 68.9 thousand new claims for forced debt recovery were submitted to judicial officers during the first six months in 2020. This is 39 percent less than during the same period last year.

This decrease is the biggest one in the last 18 years, regardless that the need for forced recovery has been steadily declining in Lithuania for the tenth year already.

In accordance with the data available in the Judicial Officers’ Information System, the most notable decline, i.e., even by 48 percent, was recoded in the package of the claims submitted by state authorities. Private natural and legal entities submitted 29 percent less new claims for recovery of debts. The share of new claims for recovery of maintenance (alimony) decreased by 36 percent.

These statistics reflect the effect of COVID-19 crisis on the area of debt recovery: the number of new debts decreased because of the settlement facilities applied during the state of emergency and suspended submission of new claims to judicial officers for recovery of debts for the benefit of the State.

In monetary terms, the total sum of new claims submitted to judicial officers during the six months this year was 76.8 million Euros less than during the months of January through June in 2019. However, the average statistical new debt amounted to 3 717 Euros and it was 20 percent higher than the debt during the first six months in 2019 (i.e., 2977 Euros).

It can be predicted that some of the deferred debts will catch up with the people at a later time, because the settlement facilities applied during the state of emergency would expire. For instance, in accordance with the data provided by the Police Department, traffic offenders fulfilled only approximately 22 percent of their obligations to pay fines in good faith during the first six months of this year when in 2019 this rate was approximately 38 percent. In the event that the persons failing to make settlements fail to respond to the reminders sent by the State Tax Inspectorate, sooner or later the outstanding administrative fines would be referred to judicial officers’ offices.

Nevertheless, even the enforced debt repayment gets easier starting on the 1st of July this year, because the burden of forced recovery is reduced by the new electronic notification procedure for communications with the parties involved in the proceedings.

Sending of the procedural documents by judicial officers was largely moved to the electronic space. The price of forced recovery of each debt decreases by approximately 20 Euros for individuals as they no longer need to pay for multiple recoded postal items. 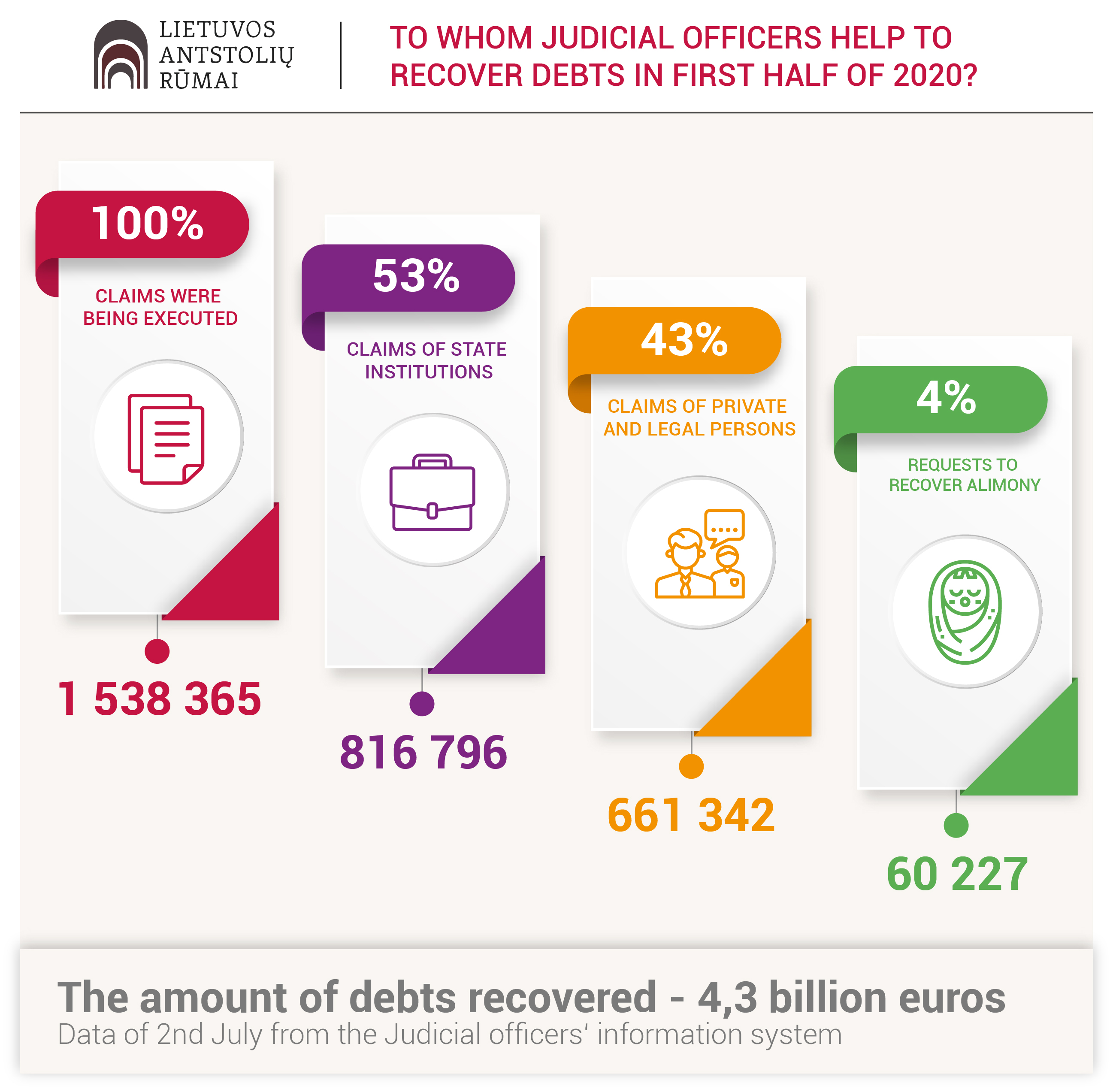