15 years of private practice of Bulgaria’s judicial officers: from deficit of justice to legal sustainability 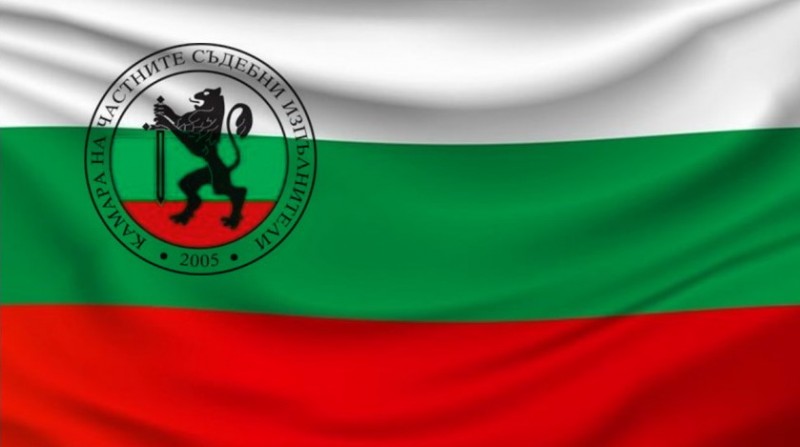 The 2005 institutional reform of judicial officers, implemented in Bulgaria, took the country away from an era of deficit of justice, back when decisions were not enforced, and created an effective debt recovery system. Currently, Bulgaria’s judicial officers recover 150 mil. Bulgarian Lev every year. (76,5 mil. Euros) of late wages, alimony, overdue loans, fines for violations of traffic and driving rules and other types of debt.

The progress of decision enforcement system was reviewed during an international conference that took place in the 4th of December. The conference was dedicated for the 15th anniversary of Bulgaria’s organization of judicial officers’ activity. The event was remotely attended by representatives of various judicial officer organizations from Bulgaria and other foreign countries, heads of the International Union of Judicial Officers (UIHJ), Bulgarian politicians and lawyers.

The reform has brought effective enforcement of decisions and legal certainty. For 15 years we faced populism, pressure and denial. We have faced populism, pressure and denial. But so far there is no institution in the country that would deny that, unless it were for private enforcement agents, the system of enforcement of court decisions is put at risk.,– said the head of Bulgarian Chamber of Judicial Officers, Georgi Dichev.

According to Georgi Dichev, judicial officers in Bulgaria may have the potential to take on out-of-court small debt collection. Such recovery is also being practiced in many foreign countries. Therefore, discussions, together with the representatives of the National assembly, are planned to continue in order to implement a quicker and cheaper small debt recovery into national legislation.

During her speech, D. Satkauskienė presented an electronic auction system, which ensures the maximum publicity, availability and effectiveness of realizing assets, belonging to the debtor. Such an attractive form of bidding, which offers the participants to place their bids remotely, while also participating in multiple auctions concurrently, increased the numbers of potential buyers and created a possibility of selling assets for a maximum price. 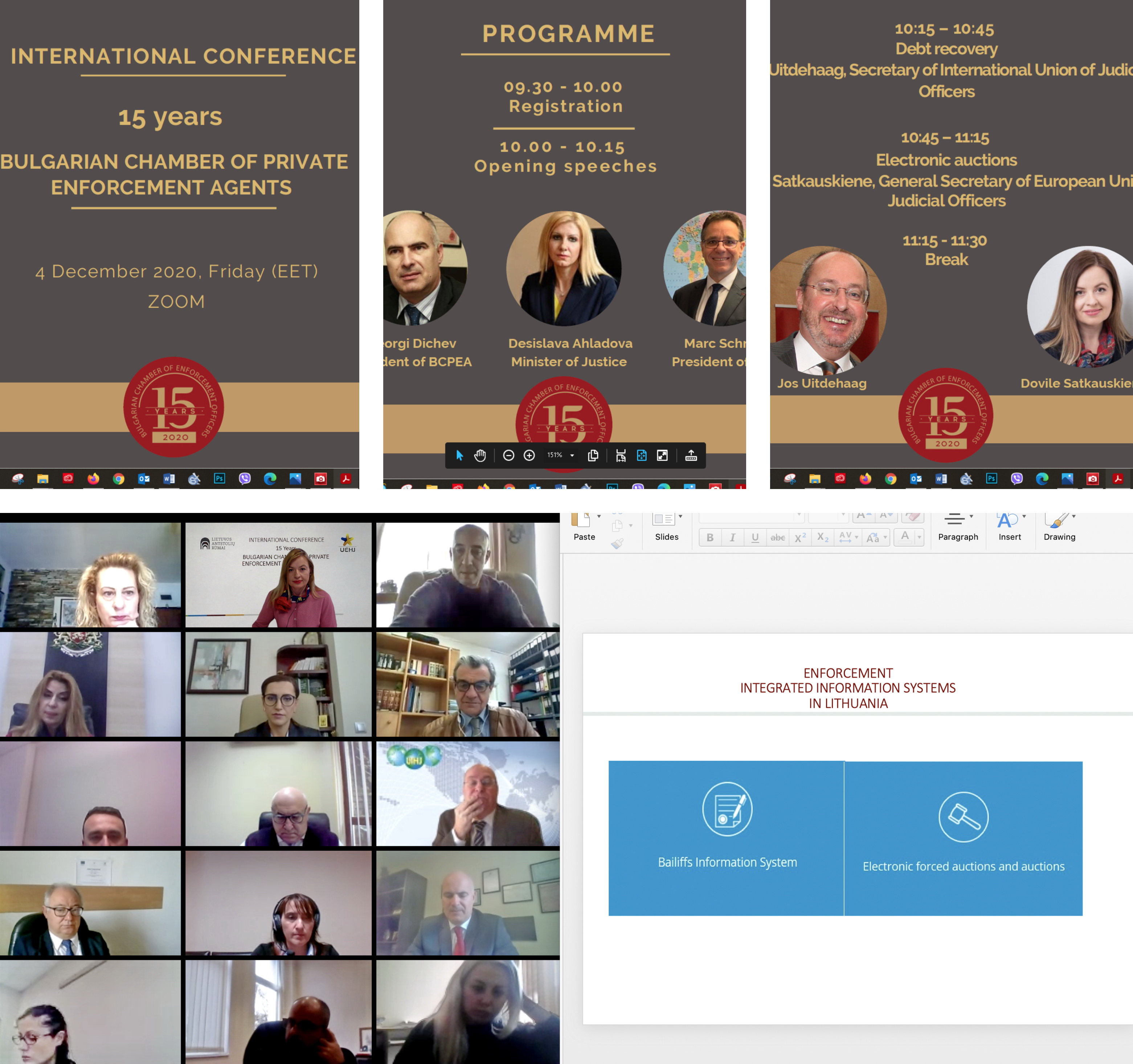 Electronic auction system should begin its function in Bulgaria at the start of 2021.

During the conference, electronic procedures and „soft“ measures of enforcing decisions were considered to be the priority of modern debt recovery.

According to the president of UIHJ, Mark Schmitz, it is obvious, that the world is going to be different after the crisis of COVID-19. New wave of economic losses will bring bankruptcies, unemployment and new debt. But the enforcement of decisions must remain focused on the values of humanity. The social and economic development after the crisis of COVID-19 will require a new approach to debt recovery and the profession of the judicial officer. Judicial officers are professionals, who ensure the balance of interests between debtor and creditor, by giving priority to mediation and arrangement of debt repayments.

Chairwoman of Varna’s Court of Appeals, judge Ms. Vanughi Arakelyan, admitted, that without the work of judicial officers, the work of judges would become worthless. „You come „face-to-face“ with debtors and creditors. It is very hard for you, especially now. But your work is a part of what we call justice“, – said the Chairwoman.

Currently, there are 195 judicial officer’s offices in Bulgaria. In total, they occupy over 2000 employees. The practice of private judicial officers supplements the government budget by 1,2 bil. Bulgarian Lev (0,61 bil. Euros).